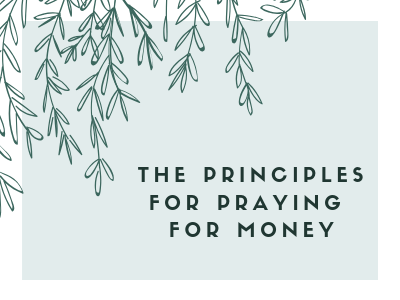 Principles For Praying For Money

Principles For Praying For Money

Now Jabez was more honorable than his brothers, and his mother called his name Jabez, saying, “Because I bore him in pain.” And Jabez called on the God of Israel saying, “Oh, that You would bless me indeed, and enlarge my territory, that Your hand would be with me, and that You would keep me from evil, that I may not cause pain!” So God granted him what he requested.