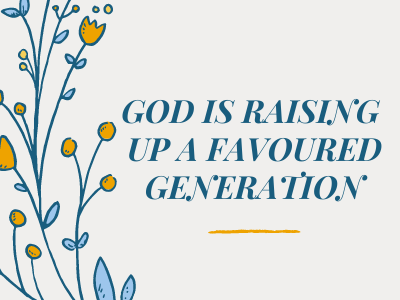 1 Chronicles 12:32- of the sons of Issachar who had understanding of the times, to know what Israel ought to do, their chiefs were two hundred; and all their brethren were at their command;

1 Chronicles 12:23- Now these were the numbers of the [a]divisions that were equipped for war, and came to David at Hebron to turn over the kingdom of Saul to him, according to the word of the Lord:

Verse 24-32- of the sons of Judah bearing shield and spear, six thousand eight hundred [g]armed for war; 25 of the sons of Simeon, mighty men of valor fit for war, seven thousand one hundred; of the sons of Levi four thousand six undred; 27 Jehoiada, the leader of the Aaronites, and with him three thousand seven hundred; 28 Zadok, a young man, a valiant warrior, and from his father’s house twenty-two captains; 29 of the sons of Benjamin, relatives of Saul, three thousand (until then the greatest part of them had remained loyal to the house of Saul); 30 of the sons of Ephraim twenty thousand eight hundred, mighty men of valor, [c]famous men throughout their father’s house; of the half-tribe of Manasseh eighteen thousand, who were designated by name to come and make David king; 32 of the sons of Issachar who had understanding of the times, to know what Israel ought to do, their chiefs were two hundred; and all their brethren were at their command;

The generation that the Lord rises up may be few but they will be the ones who will stand in authority, wisdom and command others.

God is saying this about the generation that is favoured of the Lord:

all the authority over the works of the enemy!

Certain spiritual commandos are rising up tonight. Continent shakers, walking in authority to change communities, to scare the devil.

➢ PRESENT: In Luke 10, Jesus gave authority to 70 people. They came back running and

excited and said that even the demons fled when they spoke. It was their testimony. ➢ PAST: Jesus said, I saw the devil fall like lightning on the earth. ➢ FUTURE: In Luke 10, 19, Jesus says I will give you authority to trample over snakes and

scorpions and over all the power of the enemy.

There are seasons. Many of you have felt that you will never see anything and you felt it is almost over! There is another season. The third season. It is the season where we shall sprout out and we shall bear fruit.

Like Issachar it is the season where God will favour you. It is the time that you will soar and reveal God’s glory through you.

Have a Holy Spirit understanding of the times. It is your experience in the valley that will get you excited on the mountain top

You cannot have an understanding of the times if you have not been through all seasons. But there is a moment in the spiritual realm where God changes everything.

One thing I have realised- the devil will never attack someone who doesn’t carry greatness, or an assignment from God or a calling from God.

You cannot have a message until you have been in a mess. How can you triumph if you have not been tried?!

The fact that you have gone low doesn’t mean that you can’t come up.

It doesn’t matter how low you have Gone, God can still raise you up higher.

THE QUALITIES OF ISSACHAR:

Tent in the Bible is the place where you study the Word of God.

Genesis 25:27- So the boys grew. And Esau was a skillful hunter, a man of the field; but Jacob was a [a]mild man, dwelling in tents.

2) HE REALISED GOD WILL ALWAYS USE IMPERFECT PEOPLE

Genesis 30:14-17- 14 Now Reuben went in the days of wheat harvest and found mandrakes in the field, and brought them to his mother Leah. Then Rachel said to Leah, “Please give me some of your son’s mandrakes.” 15 But she said to her, “Is it a small matter that you have taken away my husband? Would you take away my son’s mandrakes also?” And Rachel said, “Therefore he will lie with you tonight for your son’s mandrakes.” 16 When Jacob came out of the field in the evening, Leah went out to meet him and said, “You must come in to me, for I have surely hired you with my son’s mandrakes.” And he lay with her that night. 17 And God listened to Leah, and she conceived and bore Jacob a fifth son.

It doesn’t matter what your past is. God will bless you and change you into a person of authority

What is ahead of you is bigger! There can never be a better yesterday for a child of God.

Proverbs 4:18 (NLT)- The way of the righteous is like the first gleam of dawn, which shines ever brighter until the full light of day.

3) HE WAS AS STUBBORN AS A DONKEY

The King of Zion is coming on a donkey. You are humble but you are a strong donkey. It refers to someone with a strong character. In a morally weak society you are strong character- This is a prophecy over someone.

God is rising a favoured generation that acts like a moral compass. Holiness, prayer and full of conviction like a strong donkey. You won’t walk confused but you will be strong in the Lord.

4) HE HAD A TOTAL DEPENDANCE ON GOD

Genesis 49:14- “Issachar is a strong donkey, Lying down between two burdens;

The Lord is saying to somebody: there is a peace that only the Holy Spirit of God can give. Let that burden and tension leave your life. Cast all your cares upon the Lord. That means put down your burden at His feet. The Lord Jesus will watch over you.

5) HE WAS A BURDEN BEARER FOR OTHERS

Genesis 49:15- He saw that rest was good, And that the land was pleasant; He bowed his shoulder to bear a burden, And became a band of slaves.

God is raising certain people who will pick others up and will carry others’ burdens. They will have a willingness to serve.

6) HE WAS FAITHFUL IN TOUGH TIMES

Issachar was not a tribe that was clueless. They were neither glue-less nor clueless.

Mathew 13:44- gain, the kingdom of heaven is like treasure hidden in a field, which a man found and hid; and for joy over it he goes and sells all that he has and buys that field.

Judges 5:15- And [a]the princes of Issachar were with Deborah; As Issachar, so was Barak Sent into the valley [b]under his command; Among the divisions of Reuben There were great resolves of heart.

God is giving such a discernment to stand with the move of the Holy Spirit, with the men of God.