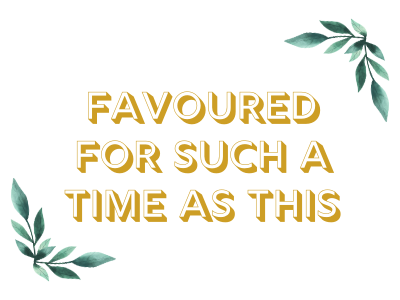 Esther 2: 17- The king loved Esther more than all the other women, and she obtained grace and favor in his sight more than all the virgins; so he set the royal crown upon her head and made her queen instead of Vashti.

In Mathew 24, there are 12 things being said about the last days.

Pastor was asking the Lord, how does one live, deliver and minster at that time.

Mathew 24:7-8- 7 For nation will rise against nation, and kingdom against kingdom. And there will be famines, pestilences, and earthquakes in various places. 8 All these are the beginning of sorrows.

Act 20:20- 20 how I kept back nothing that was helpful, but proclaimed it to you, and taught you publicly and from house to house,

There are two types of ministries is being spoken of here.

lakhs) and read the Word

2) There are also times when they congregate in homes. At least in your own families come together to lift up the name of Jesus and God will move. If the Government permits you, invite one or two people in your neighbourhood and read the Word, share the preached Word, preach what you have learnt and received from the Word. Think about the following three things:

In the last days, when there are difficult time, the ministry doesn’t end, the church doesn’t close. The church in fact enters homes. God is changing homes into churches.

Don’t only think about yourself. Think about the rest of the people around you pray!

Luke 21:9- 9 But when you hear of wars and commotions, do not be terrified; for these things must come to pass first, but the end will not come immediately.”

Why is this happening then? It is to get the world to LISTEN!

God is giving His church an opportunity to show Jesus to the world.

You are being favoured for a time such as this, like Esther.

Mathew 24:29 says that there shall be signs in the heavens

Mathew 24: 10-11- 10 And then many will be offended, will betray one another, and will hate one another. 11 Then many false prophets will rise up and deceive many.

Mathew 24: 9- 9 “Then they will deliver you up to tribulation and kill you, and you will be hated by all nations for My name’s sake.

Plague and persecution should lead to evangelism (PPE)

Anecdote: A hunter is aiming at a rabbit. It runs and hides. He cries out to God to do something and help him hunt the rabbit down, The Lord hears his prayers and shakes the ground for him. When the ground shakes, the rabbits run out of wherever they are hiding. What if the hunter also is terrified by the shaking ground and runs away along with the rabbits? He misses out on what the Lord intended to do to help me.

There is a shaking happening on this earth to draw people’s attention.

Luke 21:25- 25 “And there will be signs in the sun, in the moon, and in the stars; and on the earth distress of nations, with perplexity, the sea and the waves roaring;

Luke 21: 28- Now when these things begin to happen, look up and lift up your heads, because your redemption draws near.”

Just know this—JESUS IS COMING AGAIN. I may sound like a fool saying his but that is the truth!

Esther 1:1- ow it came to pass in the days of Ahasuerus[a] (this was the Ahasuerus who reigned over one hundred and twenty-seven provinces, from India to Ethiopia),

When you can’t feel Him, Trust Him. In the midst of these difficult times, when there are so many questions, I will still take refuge in YOU and will take shelter in YOU. I will trust you and believe you still!

Your marriage is always a challenge if you don’t party together!

Esther 1:20- When the king’s decree which he will make is proclaimed throughout all his empire (for it is great), all wives will honour their husbands, both great and small.”

When you make important decisions in life, you need to do in great prayer and only move how God leads you.

Anecdote: When I went to the US the first time, there was a movie called Jaws, about sharks. Steven Spielberg opening shot was a shark being killed. He took a decision to create a movie

that arouses the curiosity and fear of people. Only sounds and portions for the sharkʼs body are seen all through the film. That movie became a super hit.

There is purpose in your pain.

Opportunities are delivered through people. God does that 99% of the time.

She understood that alignment is more important than assignment

The Holy Spirit is touching someone who is watching us for the first time.

Some qualities that Esther had which caused her to be responsible for the deliverance of her people:

1) Esther learnt from the people ahead of her

She learnt from the mistakes that Vashti made. I will be someone that would receive favour from God. There are some people who never learn anything and are never teachable.

2) She prepared for her future

Amos 4:12- prepare the meet the Lord thy God

3) She took her appearance seriously

5) She knew how to maximise moments

Oral Robert said- the Holy Spirit is asking me to build a University. The Holy Spirit told him this “I told three people to do this before I spoke to you. You are not my first choice, you are 4th

choiceˮ. He recognised that moment and decided to be the first one to respond to what God was asking him to do.

There is a time when God calls, when God is attracted to you. Respond in that time. If you do, you will see God’s favour coming upon you. You miss those moments you miss something beautiful.

6) Esther was not self-consumed.

Esther 4:16- 16 “Go, gather all the Jews who are present in Shushan, and fast for me; neither eat nor drink for three days, night or day. My maids and I will fast likewise. And so I will go to the king, which is against the law; and if I perish, I perish!”

7) She knew the importance of fasting and prayer

8) She was a team player

God’s kingdom grows when you play as a team.