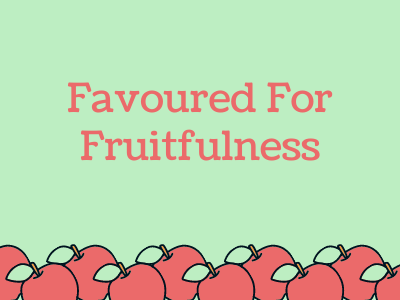 Call to fast and pray

To keep the fire of the Holy Spirit burning we have a fasting and prayer from Nov 1st to the 11th. 11 days. The Lord said, in the 11th month, pray for 11 days, just out of obedience. Definitely there is a blessing behind it.

Noah took120 years to build the ark. People around him may have mocked him saying it is such a waste of his time. But Noah just obeyed and he was blessed.

If you obey and pray, you will experience the rain of the Holy Spirit, a rain of His favour, rain of His blessing and supernatural release of His grace. Decide to obey! Ask HIM for grace to do so. There is deliverance, healing behind it.

Lot of diseases will leave you if you fast and pray.

2 “Enlarge the place of your tent, And let them stretch out the curtains of your dwellings; Do not spare; Lengthen your cords, And strengthen your stakes.3 For you shall expand to the right and to the left, and your descendants will inheritthe nations, And make the desolate cities inhabited.

Enlarge the place of your tent- Even when people are going through uncomfortable times, the prophets are releasing a Word.

Exodus 1:12-12 But the more they afflicted them, the more they multiplied and grew. And they were in dread of the children of Israel.

the Lord said, ‘in the midst of this flood, when My priests, step into the waters with the Ark, the flood waters will stand tall and you will cross over.

Today when the Jericho stands high and the rivers are flooding all around you, just get into the Presence of God, step forward in His presence take a risk! It looks very risky! TAKE A RISK!

1 Kings 17:10- 10 So he arose and went to Zarephath. And when he came to the gate of the city, indeed a widow was there gathering sticks. And he called to her and said, “Please bring me a little water in a cup, that I may drink.”

The brook of Cherith had dried up. And the Holy Spirit said go to Zarephath. When the brooks dry, God has another source in mind for you. Don’t sit there looking at your dried brook and worry. Look to Jesus and he has kept a widow for you. Look unto His face, God will show you the next resource and He will lead you there. God is bigger than your challenge.

Ecclesiastes 11:4- He who observes the wind will not sow, And he who regards theclouds will not reap.

RESCUE IN A DIFFICULT TIME

Some say, ‘Pastor this is a very difficult time’. You need to know that heaven has seen your difficulty and pain. Don’t be burdened. The Holy Spirit is here to stir you up. Let the Holy Spirit give you strength, comfort and an assurance that the Lord will open heavens over your life to help you grow and increase.

So, after trouble, discipline comes restoration.

Restoration is not a makeover or a patch up! Restoration, biblically, means ‘better than the original state’

Let the Lord heal your body and restore. The Lord is touching somebody with kidney stones, some kidney stones are being dissolved by the Lord. Somebody who has swelling in the knees is being totally healed.

When the Lord restores you, you receive the best. When you make it to heaven, there will be streets of glory. You will judge the nations with the Lord. You will have glorious mansions.

HOW WILL THIS HAPPEN?

Isaiah 6:1 onwards- 6 In the year that King Uzziah died, I saw the Lord sitting on athrone, high and lifted up, and the train of His robe filled the temple. 2 Above it stoodseraphim; each one had six wings: with two he covered his face, with two he coveredhis feet, and with two he flew.

People carry something, either you carry the Holy Spirit, the favour of God and blessing of God or you carry the opposite. Don’t give anybody and everybody access to our home. If you let people without vision into your life, they will quench your own vision.

Potiphar’s recommendation letter for joseph would go something like this:

“After this guy came into my family, things changed. God works on his behalf all the time. I can trust this guy with anything! Everything he touches prospers. God’s favour is with him.”

The Jailer gave him the keys of the jail. He sat in jailors room watching IPL sitting in AC! that is favour!

Favour will make you esteemed

Favour will even fight battles for you

cook and butler went too! Against all odds, thy became victorious!

You will reach where others have not reached in life. Why? Because of the favour of God. You will advance God’s kingdom

Favour is obvious. It is called divine backing.

Favour is God showing you consideration.

Favour is to be spoilt by God.

Isaiah 54:2-2 “Enlarge the place of your tent, And let them stretch out the curtains of your dwellings; Do not spare; Lengthen your cords, And strengthen your stakes.

Isais 55:2- from the message Bible- “Clear lots of ground for your tents! Make your tents large. Spread out! Think big! Use plenty of rope, drive the tent pegs deep. You’re going to need lots of elbow room for your growing family. You’re going to take over whole nations; you’re going to resettle abandoned cities.

The words used here are

➢ Barren which means unable to bear fruit. It is not just women but men of a nation. No fruitfulness!

➢ Desolate means alone, nobody with you to help. I am abandoned! Nobody to help you achieve your goal and your objectives. No body to help you get there. That is where God is saying He will bless you!

God is saying in this verse:

The issue is that the perspective and the belief was wrong. The place where the structure was supposed to come was wrong.