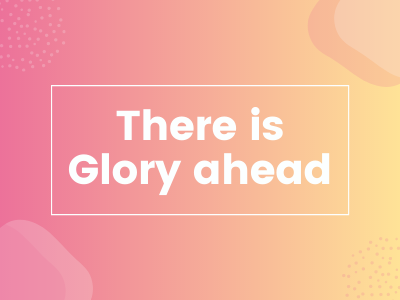 Acts 28:1- 28 Now when they had escaped, they then found out that the island was called Malta.

What does this mean?

That struggle will leave, that heaviness in your soul will go, the pain you are feeling will go. You may not be able to see anything good now but God has kept good for you. God has kept the best ahead for you.

Psalm 126:3-4- The LORD has done great things for us, And we are glad. Bring back our captivity, O LORD, As the streams in the South.

There shall be a reversal and you shall return to your land. You may have gone through a struggle temporarily but you will come out.

The Lord has done great things for us.

Psalm 126 :2- Then our mouth was filled with laughter,

And our tongue with singing.

Then they said among the [a]nations,

“The Lord has done great things for them.”

Not just us but even those around us will say that God has done great things for them. In the midst of those that persecute you and belittle you, God will bless you.

When the Lord turned again the captivity of Zion, we were like those who dreamed.

It is impossible to understand in your minds how you could be free. They would have never imagined a time when they would be out of captivity. But by our God, the children will be set free, by my God my ministry will see miracles, my future and my finances will be blessed by the Lord. The Lord holds your future. It will seem like a dream but He is able.

Israel is a linear country. North on top, south at the bottom. Judah is in the south (signifying the one who praises). In the dry season, the most affected part of Israel is the southern region. It becomes dry very fast. The stream and lakes dry up. But, suddenly the waters fill up in this

region. The rain starts in the north but because of the rains there, the water flows down to the south.

The Holy Spirit is saying that you have been looking into your dryness and your famine like situation (nothing can be seen externally) but suddenly the Lord will fill you up because you prayed.

Certain dryness is leaving people’s lives. Some of you will be totally healed of diseases. How did that way open up, how did the cancer be healed? It is by the LORD!! It happened by the Lord.

Everything is seeming dry. There is no chance. God is saying that there seems like there is absolutely no chance for anything to happen. But there is going to be an overflow. It will seem like a dream. There is glory ahead.

Everything is going pretty fine but it can get better. Elijah was a wealthy farmer but a mantle is going to fall upon him. He is going to arise as a prophet.

The Israelites were going through a crisis. Eli did not raise the children well. A child was born and was named Ichabod meaning glory has departed. There are such times where the glory leaves. The Bible says that there rose a king in Egypt who did not know about Joseph. Certain mistakes make the glory leave your life. BUT there is glory ahead. Still, God is able to restore the lost glory.

Declare this over your life “God will restore glory”.

Proverbs 3:35- The wise shall inherit glory. But shame shall be the promotion of fools.

Glory is the opposite of shame. Whatever is opposite to glory or that which causes shame in your life will be destroyed or resolved by the Holy Spirit.

What are those things that bring shame or are opposite to glory?

Declare this- “I will not be a failure anymore. I have victory in everything through Christ.” 3. Stagnation - God doesn’t want His people to be stagnant. “Lord, let your glory descend upon me/ us”. Let stagnation leave your life. Move forward. In all levels and areas- financially, spiritually, career wise, may you move forward in Jesus Name.

Joseph had two children. Manasseh (meaning ‘the Lord had caused me to forget my past’) and Ephraim (meaning ‘doubly fruitful’). Let God fill me and everything that I have with His glory in Jesus Name.

Proverbs 3:35- "The wise inherit honor, but fools get only shame."

Who is the foolish?

Hebrews 11:6- Without faith it is impossible to please God. Everyone who seeks him must know that he exists and is a rewarder of those that diligently seek Him.

The greatest tragedy in life is when men and women cannot manifest the glory that God has kept for them.

Glory is the full manifestation of your purpose in God.

Garden of ‘Eden’ means Paradise and Presence. They were placed in His Presence, both Adam and Eve. That’s why their potential and mental capacity was huge. They named over 36000 animal species. He called and so it was called forever. He was in the glory of God. But when he sinned, he was out of the garden.

There was a purpose for Paul--- to stand as a witness for Christ in Rome. He reached the island of Malta on his way to Rome. He got into five ships, five types of storms hit him, he got to Malta on a piece of wooden plank. If God is with you, all you need is a plank to save you. If God is not with you, even a huge ship cannot help you.

Acts 23:12- 12 And when it was day, some of the Jews banded together and bound themselves under an oath, saying that they would neither eat nor drink till they had killed Paul.

Acts 27:2, 4- 2 So, entering a ship of Adramyttium, we put to sea, meaning to sail along the coasts of Asia. Aristarchus, a Macedonian of Thessalonica, was with us. 4 When we had put to sea from there, we sailed under the shelter of Cyprus, because the winds were contrary.

The five storms that came against Paul:

Acts 28:1- Now when they had escaped, they then found out that the island was called Malta.

The Holy Spirit is saying to me, those you thought are barbaric will show you unusual kindness. Even when you thought that those people are most unlikely to help you, such will come and lift you up and pray for you.

Verse 2: Paul gathered a bundle of sticks, and as he laid them on the fire, a viper, driven out by the heat, fastened itself to his hand.…

It was a viper. It is a poisonous snake. What was inside Paul? Glory!

Christ in me is the hope of Glory. Who won? It was Paul because there was glory that did not allow the poison to enter his body.

You should also learn to fling that thing that which bites you, you can’t keep crying about it. You are not called to keep showing your wounds to others and crying but you are called to shake it off into the dust.

In the very area that the devil tried to destroy you, that will be the same area where God will use you.

Acts – Paul placed his hands on this person. That’s a sign where your ministry is. There is glory ahead for you, Paul. God told him that you need to lift up Jesus in Rome. Till then no matter what attacks you and what storms come against you, God will make you stand.

It is Christ in you the Hope of Glory